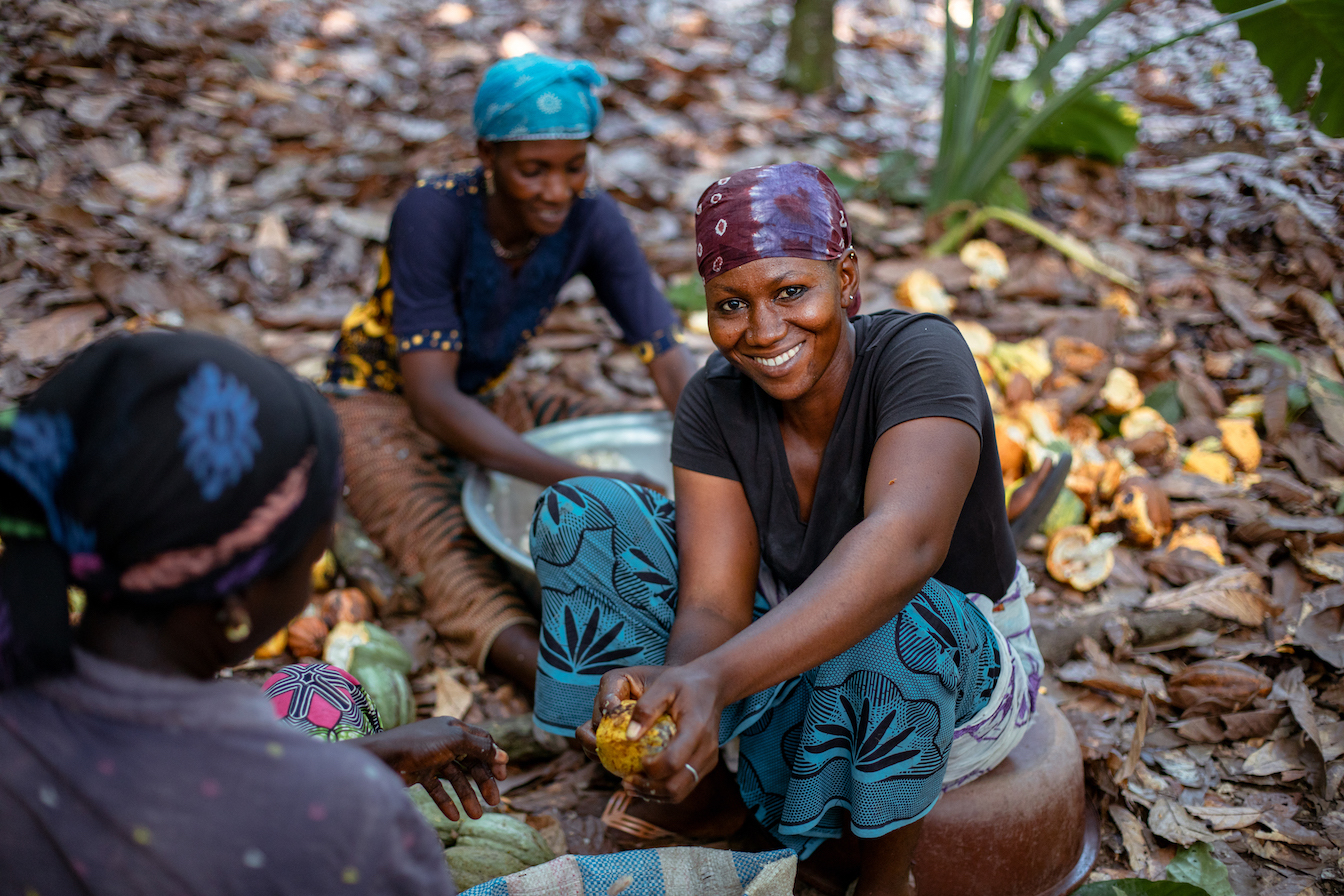 100WEEKS and Magnum are partnering up for a second time in an effort to lift thousands of women from poverty. A limited-edition fashion collection created in partnership with Rebecca Zoro celebrates the new collaboration.

The campaign went live today in anticipation of World Cocoa & Chocolate Day on October 1 and follows in the wake of the hugely successful collaboration between Magnum and 100WEEKS in 2020. A fundraising drive led by the world-famous chocolate ice-cream brand then allowed 200 women to join the program, drawn from the Ivory Coast cocoa communities that make Magnum’s chocolate ice cream possible. Financially empowered through weekly cash transfers, these women were able to start new businesses and expand existing ones. By the time they graduated from the program in July, 3 out of 4 had developed new sources of income. As financial pressures on their households were lifted, more than 200 children were able to (re)enter school.

Building on this prior success, Magnum hopes to similarly empower 5,000 women before 2025. Magnum fans around the world contribute to this effort through donations. In addition, Magnum is launching a fashion collection designed by the Ivorian designer Rebecca Zoro: AWA by Magnum. Zoro, born in the historical town of Abengourou is celebrated for her bold prints and African-inspired styles. The clothing line will be sold through a dedicated website from October 1, with all proceeds going to the empowerment program in Ivory Coast.

The collection will be modeled by AWA, Magnum’s first-ever virtual ambassador. AWA is a digital mannequin, created by combining the portraits of 128 women that started the 100WEEKS program in the 2020. In the future, AWA will tell the stories of achievement from the program.

The collaboration between Magnum and 100WEEKS is part of 100WEEKS’ living-income program, which focuses on smallholder farmers who produce crops that sustain the value chains of large companies, such as cocoa. Supporting the smallholders with a combination of cash support, training and savings groups, this program helps families bridge the gap to a living income through a temporary intervention.