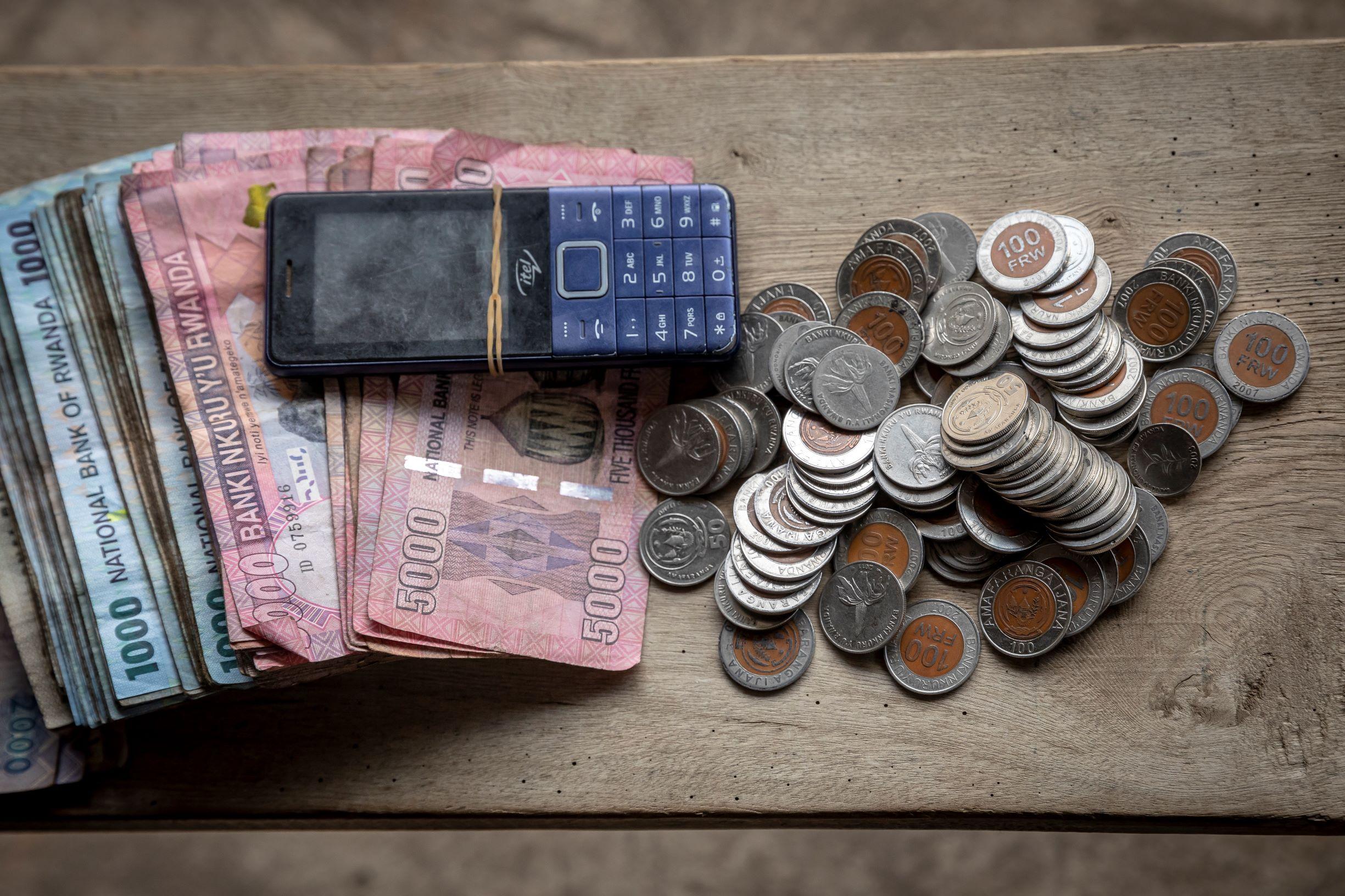 Over the last 20 years, humanity has made real and tangible progress in its quest to create a poverty-free world. During this period, we have seen over a billion people escape from poverty’s grip. Today, just ten years before the deadline of the Sustainable Development Goals expires, we suddenly find ourselves at a crossroads. If we do not act, experts warn, the crisis caused by the COVID-19 pandemic could reverse all the progress made over the course of as many as 30 years, forcing half a billion people back into poverty.

The good news is, we know better than ever how to fight poverty efficiently. The “cash revolution” - prioritizing direct cash transfers to individuals as a form of humanitarian direct assistance - was already in full swing before the crisis hit. Now is the time to step up efforts.

The coronavirus does not discriminate. We are all in the same boat. Often-heard words these days, that underline the importance of unity and worldwide cooperation. Albeit essentially true - indeed a virus does not pick and choose its host - this perspective ignores another historical truth: whenever a crisis occurs, the poor and vulnerable are hit the hardest. Now that a crisis as severe as the Great Depression in the 1930s could materialize, a horror scenario for the world’s poor looms large.

If we do not act

For the first time since 1990, this year will bring a relative increase in worldwide poverty. While this seems unavoidable, estimates of magnitude vary widely. Based on IMF growth predictions, different studies have simulated the impact of the crisis, pointing to a potential increase in the number of people living in extreme poverty by between 85 and 419 million people. These studies stress that Sub-Saharan Africa will be the worst-hit region, where 10 years of progress in poverty reduction could be wiped out overnight. In an article in The Economist, 2020 is already being referred to as the year of the “Great Reversal” in the fight against global poverty.

All of the different scenarios have life-threatening consequences. David Beasley, the executive director of the World Food Programme (WFP), warned that if governments do not act swiftly, a “hunger pandemic” could lead to the starvation of 265 million people. A humanitarian catastrophe is brewing.

As the varied estimates suggest, the outcome of the crisis is still very uncertain. But while seemingly abstract, these numbers represent real human lives, stressing the importance of the choices we make to influence these scenarios. Indeed, these scenarios are based on the expectation that states, NGOs, and individual people from around the world will do nothing to intervene. In other words, none of this should be considered inevitable.

In the last decade, more and more institutions and economists have adopted and advocate direct giving. The bulk of scientific evidence proves these interventions are both more effective and more efficient than alternatives. The ‘Cash Revolution’, already in full swing, has made a leap forward in recent months. A World Bank “living paper” tracking social protection responses around the world shows that there are now 298 COVID-related cash transfer programs in 139 countries around the world, meaning that around a third of all COVID-related social protection programs consist of cash transfers.

Not only governments use the technique. In the United States, the charity Give Directly initiated the so-called Project 100, sending one thousand dollar cash transfers to over one hundred thousand economically vulnerable American families. The project was financed by thousands of individuals, but also by tech giants, including Google, and many traditional big foundations, showing that cash transfers are gaining in popularity in international development, even within traditional and mainstream circles.

Why cash is needed right now

There are good reasons for why cash transfers have developed from a fringe idea to a lifeline for millions of people. Studies[1] show that the method maximizes utility by giving recipients the flexibility to satisfy their specific needs; averts high costs of storage and transportation of goods; is less prone to corruption; leads to long-term changes in the lives of the poor and supports local economies and markets. MIT economist and 2019 Nobel Prize winner Esther Duflo underlines that cash transfers are vital, especially now and in low-income countries in particular, where people cannot afford to stay home. Cash is essential to local markets, as it ensures people keep buying agricultural goods, avoiding bankruptcy for farmers and thus a much deeper economic crisis. If markets break down completely, it will be much harder to restart local economies whenever the virus is under control, Duflo explains.

She is not alone in underlining the urgency of cash transfers today. The WFP, the ILO, UNDP, Oxfam, and IMF and World Bank economists all highlight the crucial role cash transfers play right now. Prominent World Bank economist Ugo Gentilini explains that the pandemic demands rapid, concrete responses that inject resources directly into local economies. Cash transfer programs tick all the boxes. With the right amount of money, the WFP stresses, the starvation of millions can be prevented. The organization has taken up cash as a default response for social protection during the pandemic.

The important role international charities have to play

While it is a positive development that governments have scaled up cash support for the vulnerable, government programs have to be complemented by international charities that work with cash-transfer programs. There are three important reasons why charities are crucial:

1. Countries lack infrastructure and have to cope with budgetary restraints

Duflo points to the fact that many countries lack the right financial-administrative infrastructure to efficiently get cash to individuals in an emergency situation. Fiduciary risk is high as well when weak government bureaucracies handle large sums of direct cash payments. Charities like 100WEEKS and Give Directly already have established infrastructure and can easily scale-up. This will also take away part of the fiscal burden for struggling governments.

UN development head Achim Steiner warns that the coronavirus crisis will affect the poorest for years. However, the World Bank “living paper” shows that the global average duration of government cash-transfer programs stands at 3.1 months. 100WEEKS cash-transfer programs last 100 weeks, to ensure recipients get the chance to sustainably move and stay out of poverty. In order to fight poverty sustainably, we need to look beyond crisis containment.

3. A special focus on women is needed

According to the ILO, in the poorest countries, up to 92% of women are informally employed, while providing 75% of all unpaid work, making them extremely vulnerable to lockdown measures. The UN stresses that women and girls on average earn less and save less, living close to poverty more often than men. The COVID-19 crisis has even caused gender-based violence to increase exponentially. The Ebola virus showed us how quarantine measures significantly reduced women’s economic and livelihood activity, which, contrary to men’s economic activity, did not return to pre-crisis levels after measures were lifted. For these reasons, the UN advises targeting women and girls directly. While such a gendered lens is controversial for government actors, charities can more easily adapt and maintain such an approach, as 100WEEKS has done throughout its existence.

The last decade has shown that fighting extreme poverty is not done in vain. Never has the percentage of the world living in extreme poverty been as low as it was right before the coronavirus entered our lives. With the adoption of the Sustainable Development Goals (SDGs), the international community affirmed that it will not simply accept the realities that make for so much suffering worldwide. Decades of effort have taught us a lot on how to efficiently move forward. Now, just ten years before the 2030 deadline, indifference could seriously threaten much of the progress achieved. A setback towards Goal 1, the eradication of extreme poverty, could lead to a domino effect threatening progress towards all other SDGs.

The good thing is: we have all the reasons to believe we can prevent this from happening. The fight was far from over yet, but we know better than ever how it can be won. Not only did this decade show us to not give up, but it also showed us that fighting poverty could be simpler than initially thought: we need to get money to the world’s poor and we need to do it now.

[1] Extensive reviews of the evidence on cash-transfers can be found here, here, here and here.